A cat started following his human mom to the stable as her most loyal companion, but little did they know that the clever Siamese has a natural talent as a feline equestrian. 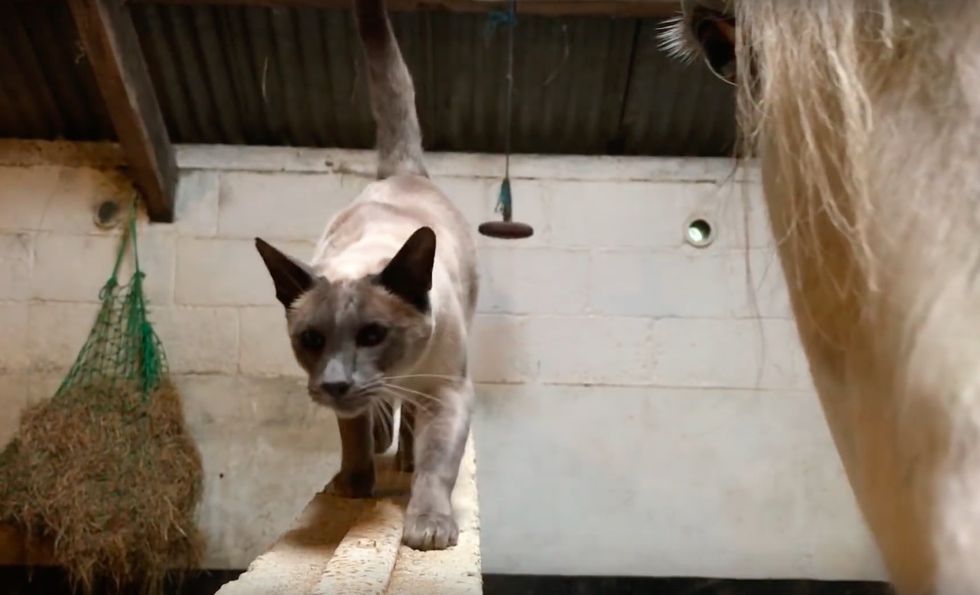 Emma MassingaleLouis was a kitten when Emma Massingale, a professional horse trainer based in North Devon, England, met him at her friend’s. She instantly fell in love.

“His owner then went through a separation and she couldn’t keep Louis so I, of course, said I would have him,” Emma told Love Meow.

Louis is quite the character. Soon after he moved into his new home, he claimed the house as his kingdom and would follow Emma to the stable to help her tend to the horses. 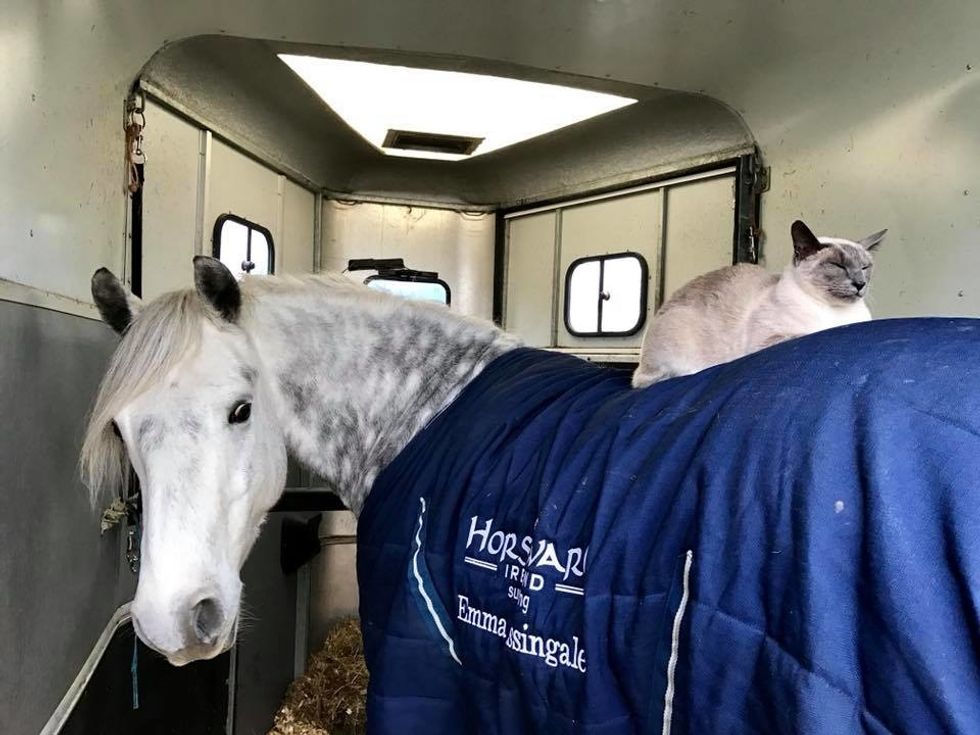 Emma Massingale“He started off just following me to the stable and walking along the walls or fences nudging the horses with his head. Then he started to jump on their backs and sit there or jump on and then off the other side to get somewhere.”

The horses enjoy his company and always nuzzle him back. One of them, named Comet, has a very calm nature, and Louis especially likes to spend time with him.

Emma MassingaleLouis and Comet are often seen taking a stroll through the woods, crossing a bridge and walking through a stream together before Comet takes his pal home.

The 6-year-old feline rider is in command when he gets in the saddle. He loves the fresh air and scents from the woods and will survey the area like a knight watching over his land. 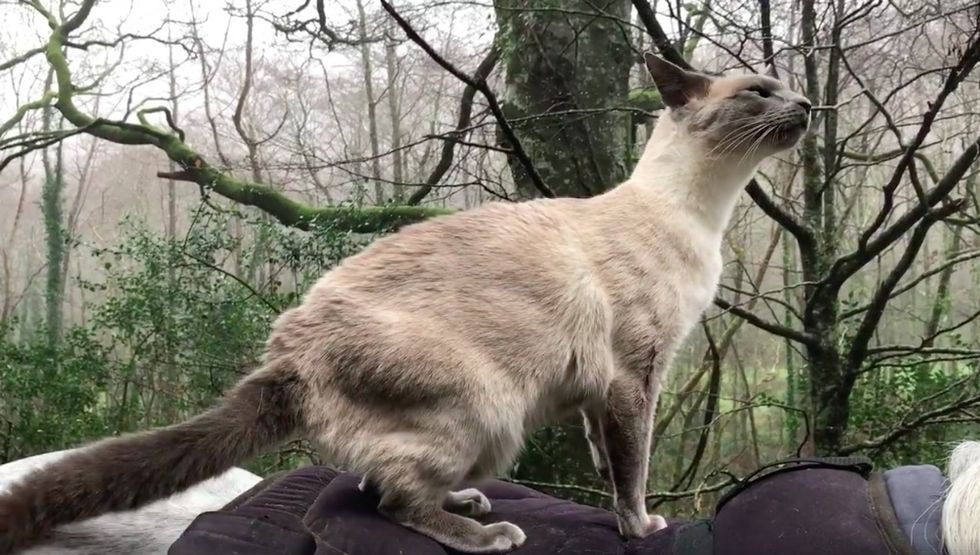 Emma Massingale“Comet and Louis seem to be a good combo. If he wants the horse to stop he bites the pony’s mane. It’s crazy but funny to watch,” Emma told Love Meow.

“If Louis gets bored he just jumps off but he seems to love it as he stays up there for ages.” 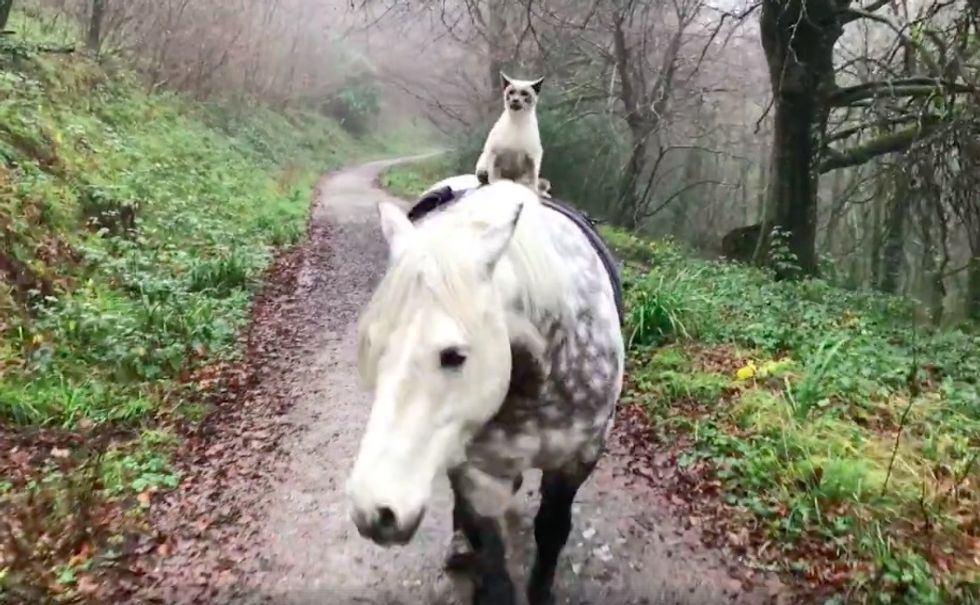 Emma Massingale“Sometimes we ride together in the arena, and other times out and about. And sometimes Louis and his brother Remi will ride together.”

Emma MassingaleWhen they are out and about, people don’t always notice Louis until he meows, and then they often do a double take.

After a fun day of horseback riding, Louis nuzzles up to his best friend, Comet, before heading back inside the house to join his lovely family in a cuddle puddle. 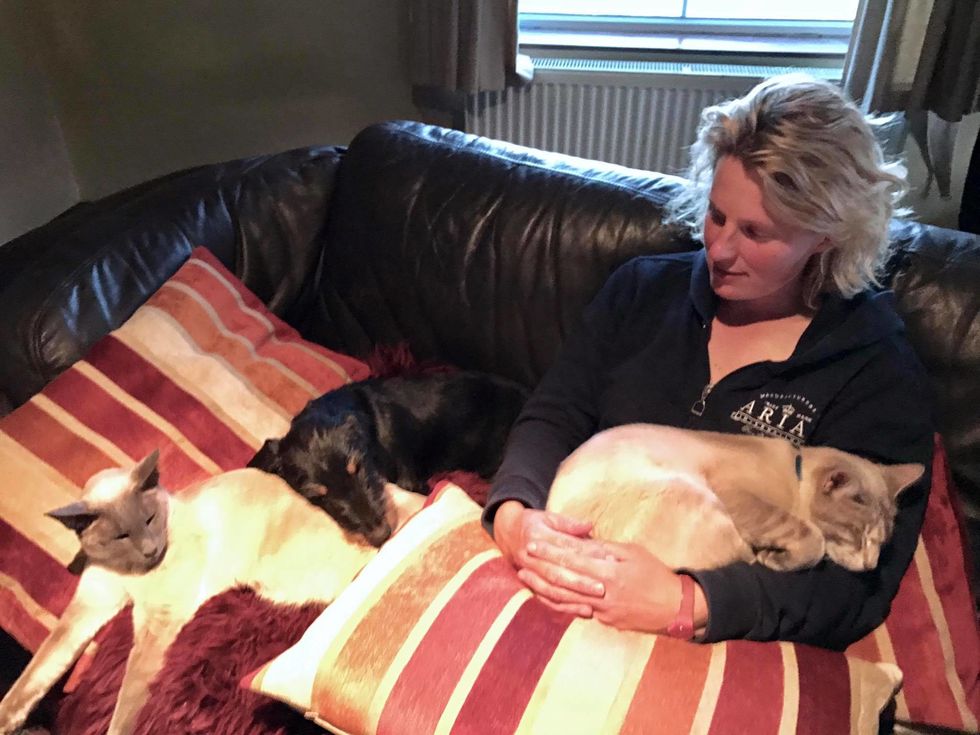